Death of the “Car Scene”

Check out this cool lane-zipper that creates an extra lane to ease traffic. We could definitely use one of these on our roads. However, no matter how many extra lanes we add, we just need one road hog on each lane to put all these efforts into vain.

If you cannot view the video, click on this direct link to view it on youtube.com
https://www.youtube.com/watch?v=dl0Q2bDnBUc

Here’s how they do it on the Golden Gate Bridge, San Francisco.

Is the “Car Scene” dead?

Looking around me these days, I can’t help but to ask myself, is the “car scene” dead? By “car scene”, I mean car modification, racing and car lovin’ in general. Everything to do with cars basically. Gone are the days of weekend races, loud exhaust mods, loud stereos, loud body kits and loud everything else.

Well, look around. Remember the days of the Proton “Wiralution” VR4, Honda Vtec EG, 4 Throttle Corolla, Perodua Kancil Turbo and the likes. No doubt a pitiful few are left roaming the streets, but the rest have been replaced by stock standard Gen2, Altis, Camry, Golf, Myvi, Vios and City. I hate to say this, but cars I see these days are…downright boring. Where has the imagination gone? Where has the individuality gone? 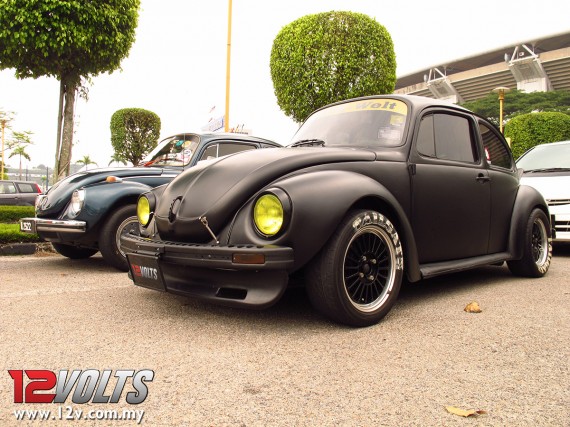 Even the most recent, supposedly “biggest” car expo in KL which I went to, things seemed to be rather mild. Turnouts weren’t great, even the cars on display was dissapointing. Yes, yes, the big boys like Toyota, Honda and Perodua (no show from Proton) still showed up with a bang, but that’s about it my friends. These big name manufacturers will always be around as far as I’m concerned. Well, at least till they go broke. But where are the smaller guys? We used to see smaller aftermarket parts manufacturers out in droves during these events. Brands like Tein, HKS, Greddy, Blitz, Motul, Apexi, Defi and many more.

Throwing the question around the room, I get answers like, “Economy slow lar bro’, where can afford”. Then there are those who say cars these days are so good that you needn’t do anything to it anymore. I beg to differ on the latter, but first, let’s take a look at the so-called “reasons” why the scene is dead.

True to an extend I would say. The rise in prices of everything, be it due to inflation, currency exchange or other factors has probably had an impact on the ability of car enthusiasts to spend. However, I think that spending has somewhat shifted more towards digital lifestyle products such as smartphones, tablets, camera’s, portable music players and so on. Smartphone and tablets being the most obvious. Look at how a very well known online phone seller is now having a building by the Federal Highway. I bought my phone from these guys when they were just a couple of shops about a year back. They have a building now???

Another place I notice where spending has increased is in travel holidays. With the availability of cheap flight tickets, everyone is taking a holiday or two (some three and more) yearly. Now, back in the day, having an overseas vacation was a true luxury. These days it seems, it is a necessity. Facebook is further helping promote this. I think everyone has probably noticed some of  your “FB” friends posting holiday photos all the time. Some even during the holiday, because its soooo important that your friends get updates right? Go figure. So this increased social pressure causes others to feel inadequate unless they too update their holiday photo’s on Facebook.

Well, I’m all for travel and have been guilty of taking too many holidays myself. The only thing I would like to say to the many people who complain about the poor economy is “Cut down the freakin’ holiday trips!”. If you go on holiday, then quit bitchin’ about the economy for goodness sake.

Cars are good enough out the factory / Cars are less customizable these days.

Bullshit! Yeah, you heard me. I mean yes, cars have improved by leaps and bounds. They are faster, safer and more efficient. Nevertheless, car modification is about pushing the factory limits and a display individualism. Flames on cars never made the car any faster, but boy did it make the owner feel good. Pink fluffy interior never made the car safer nor more efficient. It is all about individual expression, making it your own. 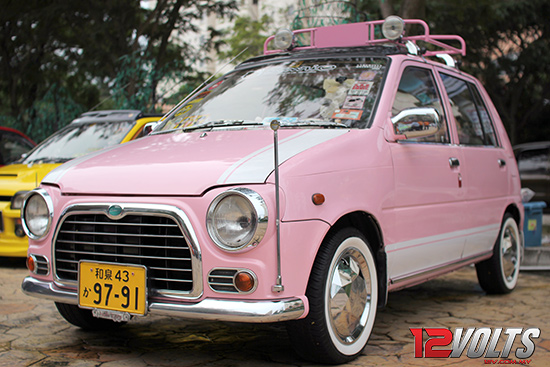 And if you’re going to tell me that cars are fast enough out of the factory, you are probably right. But it was never a question of fast enough. It was always a question of how much faster…

Cars are too expensive these days.

Agree. Here are a few tips to help you save.

The “cool” factor is lost.

I agree. This is somewhat bittersweet for me. You see, I’ve always loved the whole “car scene” even from back in the day. I remember flipping through magazines and salivating over super clean rides, chrome engine bays, 20″ rims, super loud stereos, lowered stance, turbo charged kits and the list goes on. I remember friday nights when we used to head down to Batu 3 Shah Alam circuit to enjoy drag races between Skyline’s and Satria’s, Corolla’s and Evo’s, Kancil’s and Subaru’s….all modified of course. I guess it was cool those days, but apparently no more. But I’m thankful. Just as in business, where it takes an economic downturn to weed out businesses that create no value. It’s just the same, but in this case, weeding out the fake enthusiasts. What remains are those who still pursue the love of cars and everything about it, even though its unpopular. It’s always good to be around genuine people.

Having said all that, I still do wish the scene was alive and kicking, that everyone around me could “talk car”, that car magazines made a comeback and car themed tv shows were aplenty. Perhaps I’m asking too much. Perhaps I’m a fool, a dreamer even. I am a car enthusiast after all and if there is one thing we have, its imagination and passion.