Can you SCENTS the New Arrivals?

You may know someone who has never open up a can of air freshener in his car. He would usually claim that nothing smells better than his car’s leather upholstery and vinyl plastics. Well, that’s true until someone in the backseat decides to release hydrogen sulfide gas (read: fart).

It’s usually too late to point fingers. Everyone in the car, including the culprit, would have ingested the mind-blowing after-effects of the sulfuric performance and you would have wished that you’d bought a cabriolet. Or if you’d a can of air freshener standing by in the glove compartment just for such a catastrophe.

I’ve covered a bit on why choosing a reputable air freshener product is important a few moons ago here: Intoxicating Affair with Air Fresheners, so I won’t go into details here. In short, you’d rather be smelling farts than inhaling some of these hazardous silent killers.

Without further ado, I would like to introduce you to the new 5 car scents that’s just arrived on our shelves a few days ago:
1) Emerald Bay
2) Route 66
3) Strawberries & Cream
4) Ice
5) Verri Berry 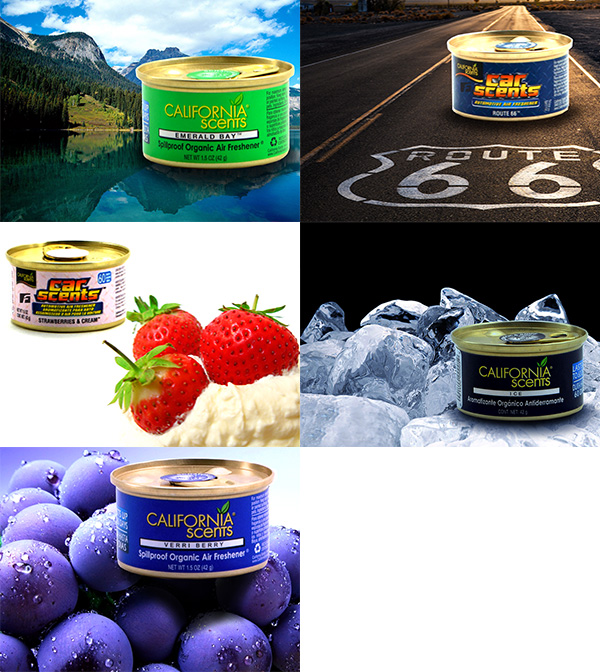 And if you are just looking to stock up on some common ‘scents’, we’ve made it easier for you to pick from among the crowd.

With more than 40 choices from our arsenal of nostril-indulging organic fragrances, I am sure there’s ONE that will impress even your mother-in-law.