Why 12V Discourages the Use of Anti AES Number Plates 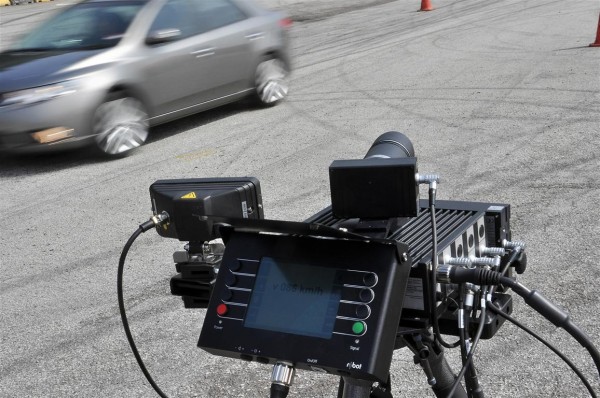 Yes, like every Malaysian drivers out there, we feel that the implementation of AES speed cameras is a pain-in-the-AES. We feel that normal human just cannot drive under 90km/h on a straight 3-lane highway. These speed limits are probably set during the 1950s. Many a time, while you are driving happily within the legal speed limit 110km/h, all of a sudden there’s a stretch that says “PERINGATAN: 90KM/H” (usually behind an advertising billboard or hidden conveniently behind a tree) and before you can slam the brake, you realized you just had a Kodak moment courtesy of JPJ (Road Transport Department). There’s a reason why they are called speed trap.

That being said, we have come across many creative ideas developed by heroic Malaysians who attempts to outwit the AES system, where a rumored RM717 million was invested by the 2 appointed contractors- ATES Sdn Bhd and Beta Tegap Sdn Bhd. 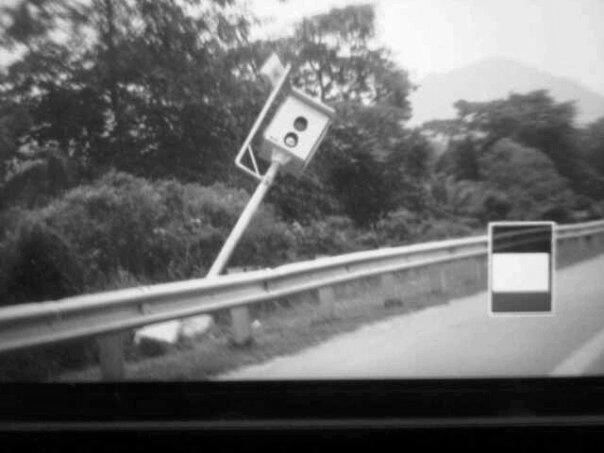 Heroic Malaysians from all walk of life join their hands in the effort to bring own the AES.

One of the more technological advance measures I’ve encountered so far is the Anti AES Number Plate device. And we thought these devices only exist in the movies.

You can have a look at these videos below on how it works.

Let me repeat that I am not encouraging anyone to drive any faster. As I write this, I still manage to keep my Non-Claim Discount (NCD) at 55%, although I seriously feel that I deserved more discount for being a super safe driver, but that’s a story for another day. I feel that having these cameras are not going to stop people from speeding. Rather, instead of punishing, sometimes, the authorities should also consider rewarding people who drive safe. NCD is just not enough. Safe drivers like us should enjoy lower road taxes, if not free. We should get petrol vouchers for keeping the street accident-free.

Anyway, back to my point on the Anti AES Number Plate. Yes, I have to admit it’s a very cool device, almost looks like it came from Q’s lab (James Bond). 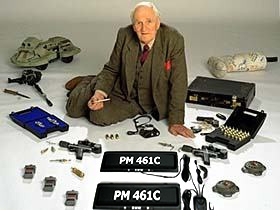 And we thought we could only see these in the movies.

However, we feel that, as much as we despise the AES, this is not just an Anti AES Number Plate device. You cannot just tell these devices to only respond to AES camera, and it’s because of this, we felt that these number plates can be abused in many other ways.

Just to imagine a few potential abuses one can actually do with these number plates:

1) Drunk Drivers – I have enough encounters with drunk drivers on the road to know that if you ever get into an accident with one, they are pretty much going kick into their ‘hit-and-run’ mode before you can say ‘F**K!’, provided you survived the crash that is. So, imagine drunk drivers start installing these number plates…

2) Red Light Devils – These monsters terrorizes the junction like the Al-Qaedas with their AK-47s. And with these number plates, they basically upgraded their License-to-Kill on to a whole new STEALTH level. They can jump all the 18 traffic lights from Alor Gajah to Melaka Town and nobody would have a clue whose car is that.

3) Kidnappers & Hijackers – These number plates would just make their operations much more smoother. In fact, it’s the perfect getaway gadget for criminals.

4) Stolen Vehicles – Imagine your car, equipped with this device, is stolen and the car thief who watched enough James Bond movies manages to activate the Anti AES number plate. It would be difficult or near impossible for anyone to help trace your vehicle.

One of the known design of the Anti AES number plate.

Yes, we seriously doubt these Anti AES number plates is going to solve the AES issue. In fact, this is one of the cases where the solution actually creates more problems that it solves. I would encourage you, my dear readers, to think about the consequences of these Anti AES number plates if they go wide spread and easily accessible. It will definitely make life on the road more dangerous than it already is.

Let the lawmakers, which we’ve voted into Parliament, to decide if these speed cameras are necessary to reduce accidents. Ok, maybe we don’t have very intelligent lawmakers in the first place, but that’s another story for another day.

And sorry to have brought up an itch, but worry not, I am not going to sign out without offering a solution. You can down the comprehensive list of AES camera locations here, 16-pages in all: